last night i stayed up pretty late finishing cutting out circles of the bands i wanted to make cards out of. today i woke up pretty late and got busy on sewing! the first thing i sewed today was a new pillow, which i have yet to stuff, but i really like it: 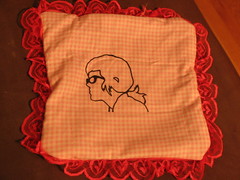 then i made 14 non-band cards and 78 band photograph cards, which are blank inside. i still can't think of a good name. any ideas are appreciated. so much to do, so much to do, but i am checking off boxes. friday night we went to the carnival and ate cotton candy and hung out with some fairly new friends at tecalitlan (where i ran into two other friends dining with separate parties...tecalitlan is the place to be) and then headed up to happy village. a very good night. saturday was when the craftmageddon began after i got back from the ladyfest meeting at mercury. everything is looking pretty darn good now. i'm designing the wristbands since i thought of a cheaper way to make them. oh, it's awesome. you'll see when i doodle it up. 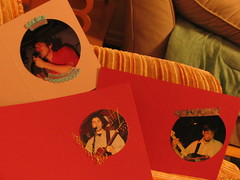 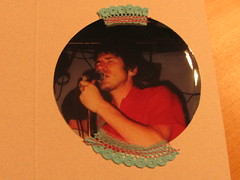 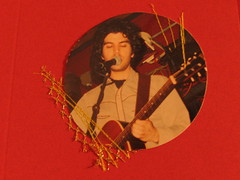 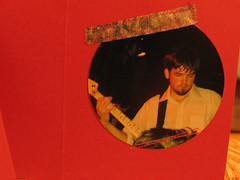 this is my little TO DO LIST before crafty bastards:

- sew a banner or at least go to kinko's to get one made
- make band photo cards (STILL HAVE A FAIR NUMBER MORE TO DO)
- make 5 limited ed. shadow cards.
- screen design onto fabric for pillows
- iron said fabric
- sew said pillows
- stuff twee pillows
- make packaging for artichoke placecards
- edit price list to add new items
- take stuff off etsy temporarily.
- make the postcard design i have in my head (possibly after CB)
Collapse