there are more here. it's a little blurry but this is my fave photo of zachary and hoggle: 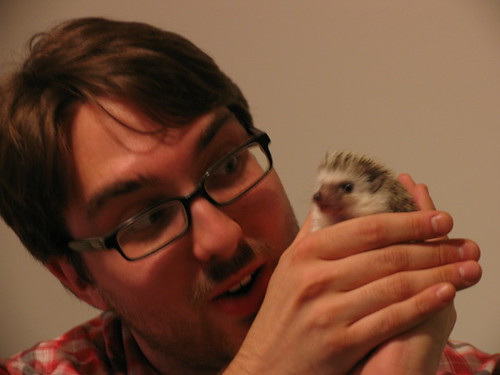 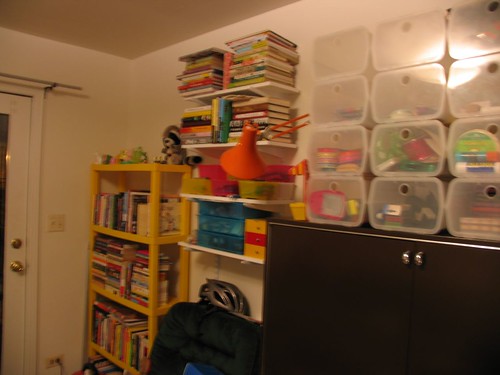 also, after putting up the big eye prints, i had taken some pictures of my craft room finally. here is the flickr set.

on tuesday i went to see harry and the potters at the harold washington library in the pritzker room and then on wednesday i saw the decemberists at the pritzker pavillion of millenium park. we were row k thanks to a friend of a friend and it was so close. i agree with sei jin that they should have played july july though. oh well.

last night i met ginny and jenny at sweet cakes. then ginny and i walked to permanent records and then we had dinner at el sol (a mexican/italian restaurant) and then, after dropping my leftovers at my place to fill z's belly we met jenny at happy village. sort of a strange greeting from louis and katie. louis asked "are you alright?" in a concerned kind of way. yeah, i hadn't been there in a long while but c'mon. i re-met jenny's friend and he was originally from metarie, la where my grandma was from. i came back and watched the beginning of Venus with Zachary and fell asleep shortly after. pretty awesome night.

i am wearing my save ginny h&tp shirt and tonight i think we may hit the printer's ball and then head up to andersonville for hp7 festivities.
Collapse