okay, so maybe like 10 years ago when i first did web stuff i would hot link images in my geocities webpage, but when i realized i was stealing people's bandwidth, i sts-ed that shit. people are morons and have been stealing my image of duckie dale (among other pictures i have up) which apparently is the only picture of image of him on the internet or at one of the first that comes up first in a google search. anyways, hopefully this will deter other people from stealing. zachary, dan, and i kept cracking up when we thought up text that was very much like the pictures here which never fail to crack me up: http://shadowdane.shackspace.com/cats.htm 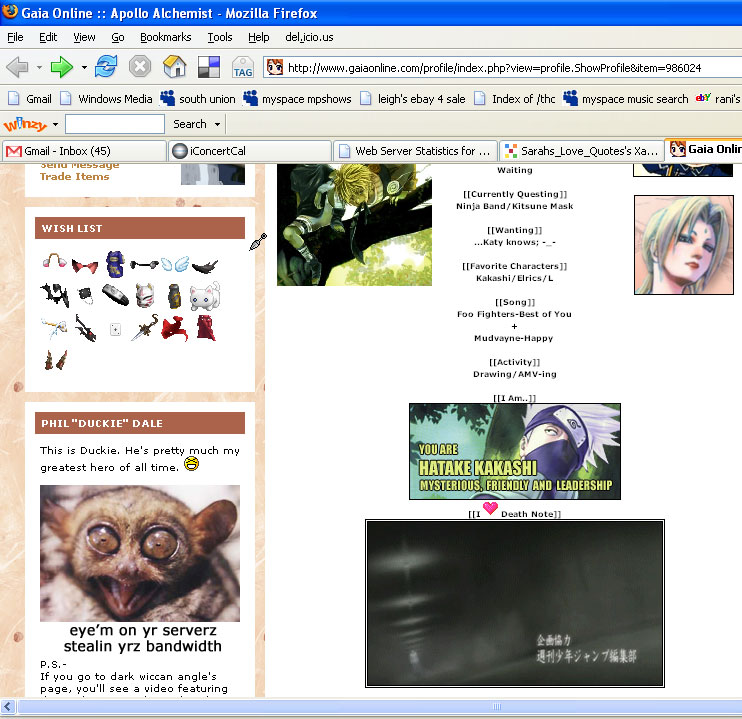