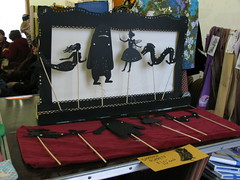 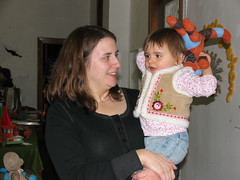 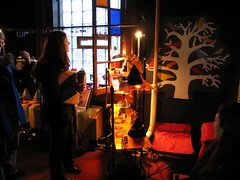 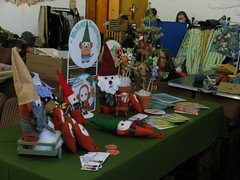 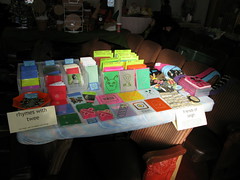 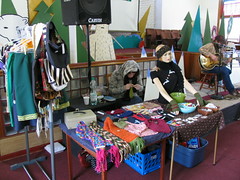 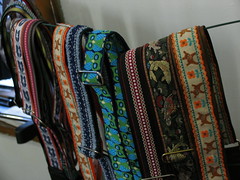 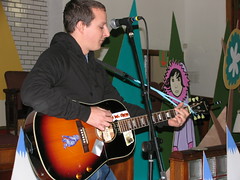 overall this weekend was a success. there were a couple of glitches that were no fun: 1) it was super cold 2) we didn't have as many shoppers as we would have liked 3) one no show/no call vendor and one who didn't show up on day 2 who hadn't told me, but at least i got an email from him. i think that most everyone there had a good time. we bought and we traded. we ate delicious treats by tipsycake. i can say that i am really relieved that it's over and i can relax for a spell. susan future cougar and banana vinilio and myself applied for the renegade holiday craft fair and got in, so i'm taking a wee break but then i'll be making a couple of new crafts since it's december 9th & 10th.

as a result of being so freakin' exhausted for the past month organizing the market, i didn't make it out to hang outs, parties, and events that friends had thrown. i went out to dinner. i went to jo-ann's. i watched a lot of movies at home while crafting. i went to shows i worked at SUA. i did not do much else. i feel like that's part of the reason that a bunch of my friends didn't come to the market. i hadn't even thought of the numbers until now, but i sent an email out to 70+ people that i am friendly with in chicago and out of those, 8 came. even if crafts were not their thing, i had amazing musicans playing and it would have meant a lot to me. it feels like a crushing blow. it feels personal. honestly, with how hard i'd worked on this event; my very first event in chicago, it truly bums me out that more of my friends didn't show, but what could i do? the best of the best showed up and i made new friends, so that's some consolation. still, it makes me wonder who i can truly consider a friend. i bet the same thing will happen when i finally get my music together enough to play my first show and i'll feel just as rotten when only a handful of friends show.

note: i was not miserable this weekend. in fact, i had a really awesome time. this is all in retrospect.

if i wasn't already feeling sorry for myself, i feel worse now that i read that rainer maria are breaking up at the end of the year. great. this is one of my top 10 bands. this is a band that wrote many of my own soundtrack songs. i'm going to eat leftover sushi from friday and a scone from yesterday. actually running through the lyrics to 'catastrophe keeps us together', it makes perfect sense. it was their breakup record. i should have guessed it was coming.