I thought my evening would have been ruined because of what happened below (cut + paste from my CL ad), but amazingly I recovered after a wee nap and took my boo to our 4 month anniversary dinner at Francesca's Forno, which now reigns alongside Think Cafe and Mas for being out of this world awesome. I love my boo, but I hate cab stealers!

At 5:15pm I stepped outside to LaSalle between Monroe and Madison to catch a cab. I decided that I wanted to take a cab because I was taking a rather large box home and I didn't want to bother people on the L with it. When cabs approach I stick my arm up while trying to balance this large box with my other arm. At 5:20pm I notice you cab blocking me. You were a 30 or 40 something year old woman wearing a white blouse and khaki pants. You clearly turn around to see me standing there with my arm up and think nothing of it, but I had been there before you. That was bad enough, but here's the kicker: you actually start moving towards me to attempt to steal whatever cab might come next. At 5:40 I give up and decide to take the LaSalle bus (to the Chicago bus) and you follow me but walk to the corner of LaSalle and Madison. I see you getting into a cab there and at that point I decided to write this post: If you have not yet had occasion to get a hysterectomy, you might want to go ahead and get it done so that you don't spawn any inconsiderate, unapologetic offspring that will grow up following in your footsteps. Karma comes around and you will get yours. 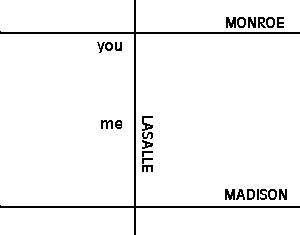 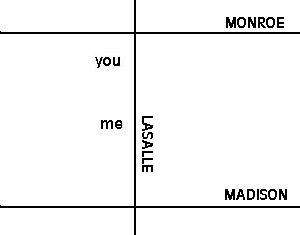 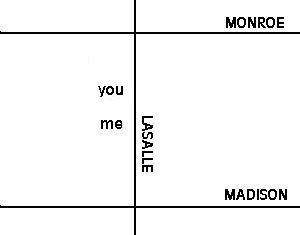 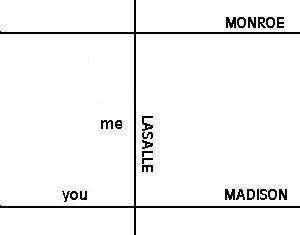 "This woman you described sounds like a colossal b!tch. Hopefully she will see this post and feel huge sense of shame, which she truly deserves."

"she is one of many that deserves to be tracked down and beaten. badly. or at least slapped around a little bit. its amazing how few loopians have loop etiquette."

"Just thought I would show u just how much I appreciate BITCHES LIKE THIS ONE that you described." (with a picture uploaded of a middle finger on fire)

"So, I work in a building at the corner of Monroe and LaSalle and while I was NOT the woman who cab blocked you (as I am much younger and too classy to do that), I must say your post amused me. I'm sorry that you had that issue, but it really did put a smile on my face as I run into that situation quite often myself. In fact, not that you were asking, but: I was trying to hail a cab at the corner of Dearborn and Division one morning and stood there for about 10 mins or so (as long as my cigarette burned). Finally, a cab turns the corner when some woman about the age of the one you describe, walks over to the cab, opens the door and attempts to get in. I tell her that it's my cab as I had been there for much longer than she was. She had the nerve to straight face lie to me and tell me that she was there first and besides she's "going to work." I tell her so am I, to which she looks at my khakis and button down (it was casual Friday, for fuck's sake) and tells me it doesn't look like it. So, I looked at the cabbie who then kicked the woman out of his cab and took me instead. Ahhh, revenge is so sweet...especially with the look on her old defeated face.

Anyway, you probably weren't expecting a response from anyone, but your post struck me.

Take care and hope you have better luck in the future with these middle-aged cab thieves!"

if you want to learn more about my favorite singer/songwriter that currently walks the earth, jason anderson now has a myspace that he set up mostly because i kept urging him to. he's totally loving it and he's put up a bunch of mp3s from a live show at the flywheel. my next suggestion was for him to finally make some t-shirts even if they didn't have his name on them so the people who had them would be a secret club of jason fans! nudge him to do this! heck, i could make them myself like i did the first batch of 18. man, he's so awesome. so, check him out on myspace: