my weekend spent with zachary and his family in berea, oh and surrounding areas was awesome: 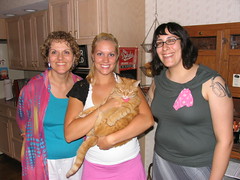 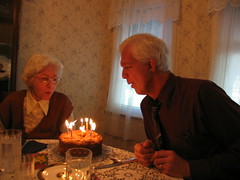 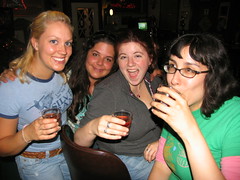 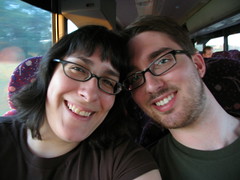 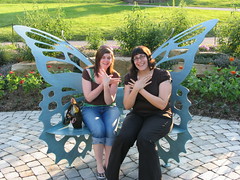 thursday: zachary's parents picked me us up from the airport at 10pm and we went to a place called the oriole to have wings and onion straws. i met their cat simba and played with him a lot with only minor allergies.

friday: z's dad's bday dinner @ guarino's and then dessert @ presti's bakery where i had gelato. afterwards, myself, zachary, his sister jessie, and his friend kate went to a dive bar down the street from him called sportsmans and had quite a time. oh my, quite a time involving a girl named jodi and a plethora of $2 whisky cokes and $3 washington apple shots.

saturday: lunch at great lakes brewing co., and then to west side market to get picnic food. suite lorain which is a dreamy shop and made my mouth water with the sheer amount of vintage clothing and furniture they had there. i picked up a few little fire king bowls to display crafts in at future fairs i'll be in, as well as a cute plastic planter that i'll use to display business cards if i ever make some. this place was golden! we went back for some downtime and watched some six feet under and then we headed out to akron, oh to stan hywet halls & gardens, where we had a picnic and alison happened to live just down the street so she popped over to say hi briefly and then we saw much ado about nothing and bugs feasted on my flesh. we came home and watched more six feet under and passed out.

sunday:
we had brunch at zachary's aunt's house, watched a family movie they had made years ago for (i think this is right) zachary's grandfather called something with egg in the title. then we went to giant eagle to grab snacks for the long bus trip, visited that friend of z's we'd been trying to hook up with, came back and ate stuffed peppers z's mom had made for us, and hit the road and said goodbye to z's rents at the cleveland megabus stop. our bus got back a wee bit late but we jumped in a cab and watched more six feet under.

i think that's it, but woo wee. it was a great trip. zachary's entire family was great and there are a couple of eccentrics to mix it up, just like my family! there is a lot of love all around and i know i'll go back sometime, but i think he'll hit alexandria, va before we go back to berea. what fun!
Collapse